2014 was easily the year of the library for us. We in fact photographed no less than 7 different libraries across Ontario and Quebec – and missed out closely on a couple of others. On one of our visits to Toronto, we connected with Moriyama and Teshima architects to photograph the Toronto Reference Library. This is a very interesting project from several perspectives. First, Moriyama and Teshima designed the original building in the 1970’s. It remains to this date a fantastic building. It was always on our “hit list” (you see, we always keep a list of buildings we want to photograph just for the hell of it – you know, for when we’re not shooting buildings), so the opportunity was too good to pass up. Finally, while the building in and of itself offers a lot of beautiful angles, it is even better once it has received a major makeover to bring it up to 21st century standards…

Here are a few images from our haul. You can see a wider selection on our featured gallery. 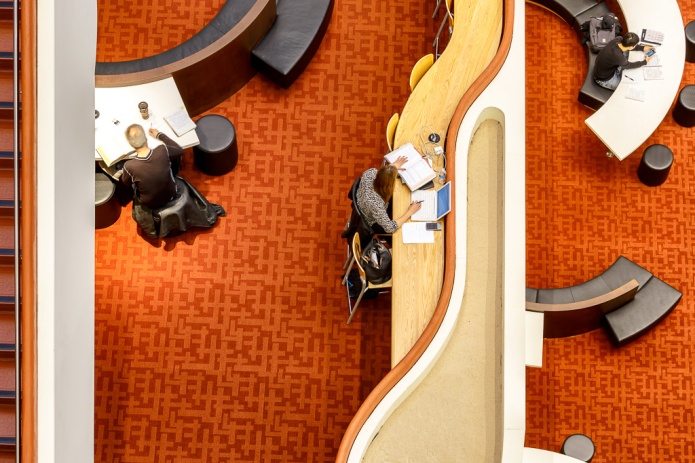 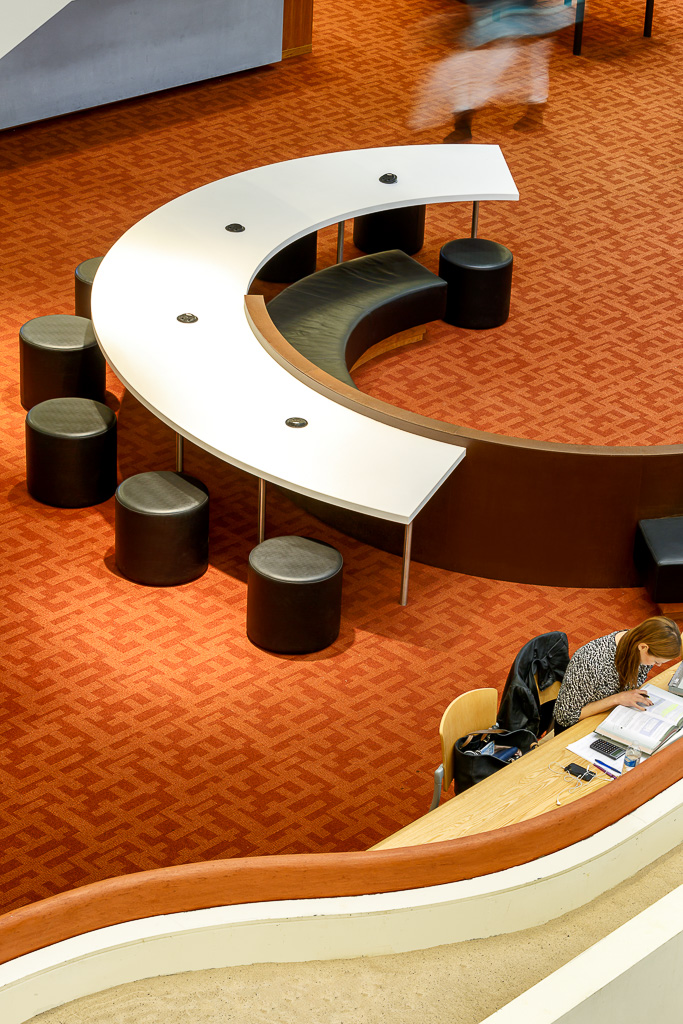 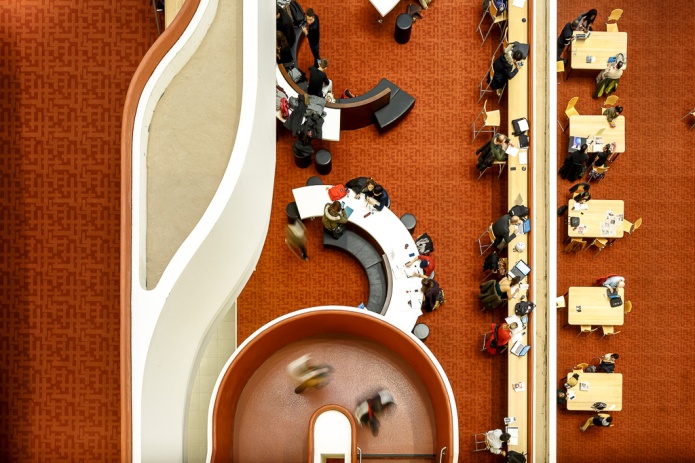 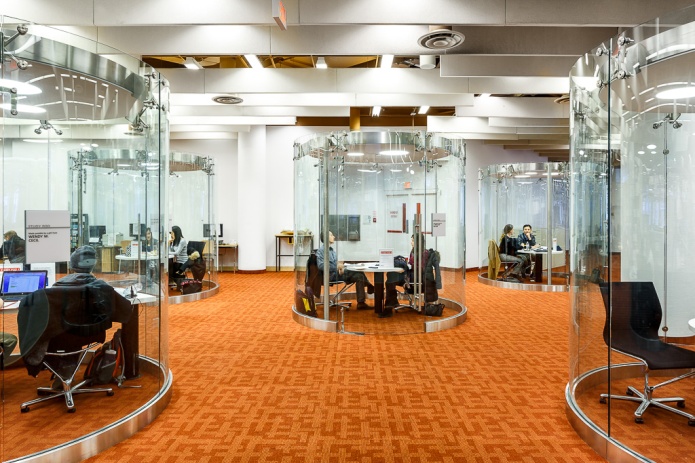 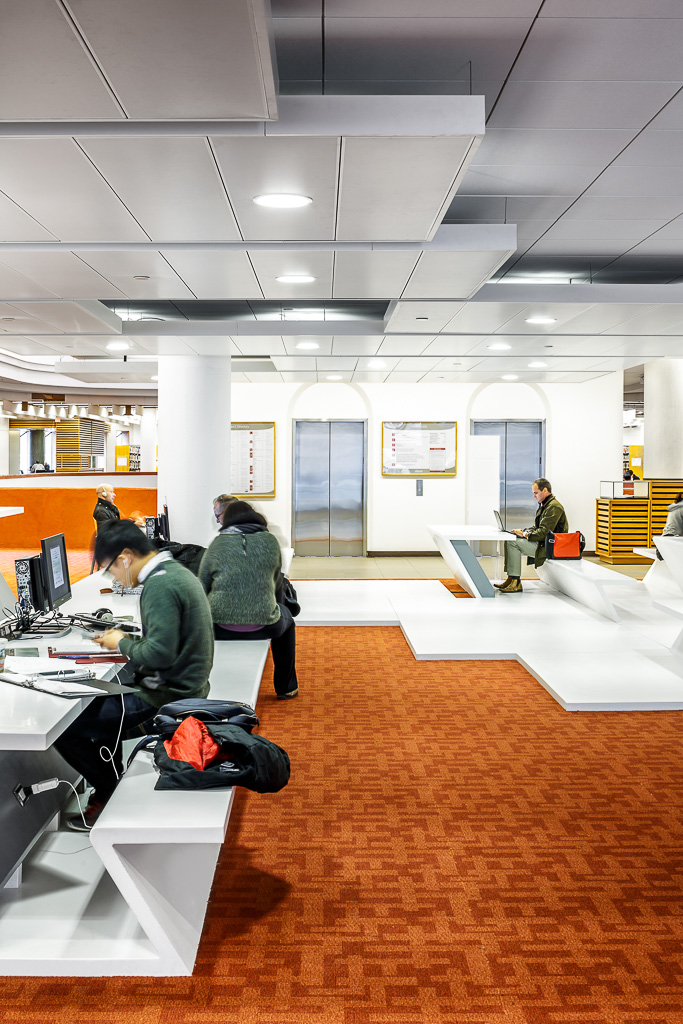 The original library design, by Moriyama and Teshima Architects has stood handsomely over the years as a Toronto landmark. The renovation and expansion of the existing building is transforming the TRL into an exciting contemporary venue and renewed heart of the community.

A striking architectural icon, this 400,000 square foot building now welcomes one and all through a dramatic new Gateway; a fully glazed and transparent Glass Box that is both gateway and threshold, as well as a lens into the heart of the building.

Inside, to delight and inspire, M&T has wholly re-conceptualized the traditional library experience through innovative design of everything from Key spaces to contemporary prototype furnishings that are exclusive and unique to TRL. Some of the featured elements include: an expansive Event Centre to host major cultural and literary events that provide creative inspiration to our city; A breathtaking Special Collections Rotunda that celebrates the library’s rich and varied special collections; Idea Gardens at various locations, each an original space that engages a unique aspect of perception and learning; study pods, learning labs and meeting rooms that exemplify innovation and cutting edge technologies at every opportunity; and a complete reconfiguration of the library’s voluminous stacks to enhance and simplify the research process, invoking a new sense of enjoyment and discovery.

The Event Centre Addition, known as The Bram & Bluma Appel Salon is located on the east side of the building, beyond the second floor library stacks. It is a magnificent space flooded with natural light from a dramatic clerestory of windows and privileged by spectacular north-east views of the City.

We were commissioned by Canadian Architect Magazine to photograph one […]
Bibliothèque du Boisé – Lemay et Associés
%d bloggers like this: