We continue our tale from our province’s Southwestern confines with another exciting shoot for KPMB Architects in Waterloo. We were commissioned to photograph some key elevations of this unique complex. The Mike and Ophelia Lazaridis Quantum Nano Centre at the university of Waterloo hosts the Institute for Quantum Computing as well as the department of nanotechonology engineering. With the weather collaborating to provide some fantastic lighting conditions, we managed to pull off some terrific images on campus. 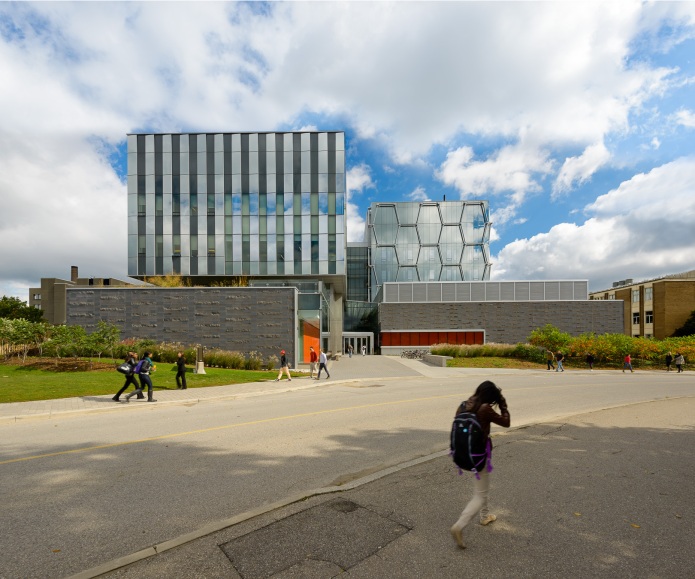 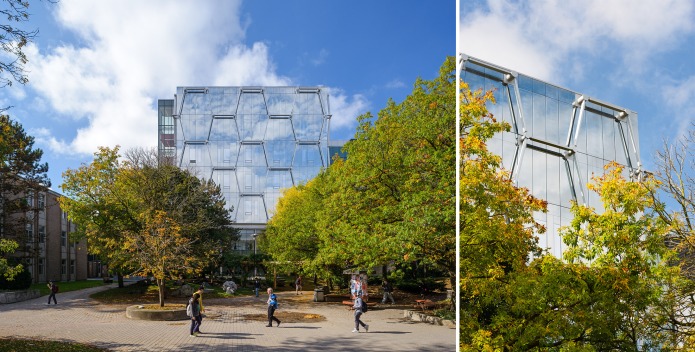 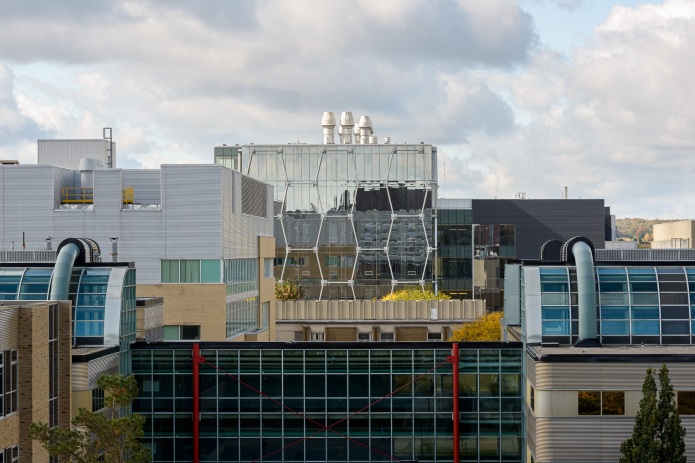 You can see more images from this shoot in our featured projects gallery here.

“The design of the Mike & Ophelia Lazaridis Quantum-Nano Centre at the University of Waterloo creates a sophisticated platform for research and innovation in the respective fields of quantum computing and nanotechnology. Just as the intricate study of multi-layer nanoscale patterns and quantum physics reveal previously unimagined solutions and insights to the world and universe, the architects engaged the researchers – both theorists and experimentalists – in deep discussions to understand the ways and patterns of their work.

The architectural solution mitigates the specific requirements of the respective scientific practices of quantum computing and nanotechnology with an urbanistic response to the University of Waterloo campus. The IQC and the department of Nanotechnology Engineering each occupy their own ‘building’ and are organized above a shared podium which houses the Metrology Suite and Cleanroom. The podium is clad with burnished concrete block to relate to the primarily masonry campus fabric of the University of Waterloo.

The two components are joined by a linear central atrium that is both an indoor pedestrian route linking the Ring Road to the campus, and an informal space to catalyze exchange between scientists, faculty, students and visitors. Labs are strategically buried below grade to minimize interference from EMI and vibration. The overall massing configures a series of new courtyards. The green roofs of the podium act as an extension of the landscape and reinforce the network of green spaces that distinguish the University of Waterloo’s campus.

The Institute of Quantum Computing (IQC), housed in a ‘bar’ building with an east-west orientation, faces out to the Ring Road to communicate the IQC’s commitment to scientific advancement and innovation through collaboration with public and private sectors. The IQC façade explores the abstract notion of ‘superposition’ with varied readings generated through degrees of transparency and the play of light on its surfaces.

The heart of the IQC is the six-storey atrium with its network of floating stairs. ‘Mind spaces’ – simultaneously lounge, office and meeting rooms – are organized around the atrium and a cafeteria/kitchen on the second floor reinforces the theory that food and drink are essential catalysts for interdisciplinary interaction. A series of back-painted glass white boards reflect light and provide the scientists with writing surfaces for capturing spontaneous ideas. A highly flexible multipurpose space is located on the ground floor to accommodate a range of internal and external events and conferences.

The Nanotechnology Engineering research ‘box’ faces back to the campus. The plan is based on a traditional laboratory building layout. A hexagonal honeycomb steel lattice distinguishes the exterior elevation as a symbolic framework for the research within. The pattern was inspired by the fundamental building block of nanotechnology – the intrinsically stable hexagonal carbon structure – to achieve support and mitigate the impact of the Nano volume on the cleanroom below. ”