We recently took a tour of Southwestern Ontario for a series of commissions that saw us shoot 6 buildings in 4 cities over a 7 day period. Our stops included a 3-day stint in Waterloo with a couple of shoots for Toronto’s KPMB Architects (you may remember them from a shoot we featured earlier this year). Our first target was the Centre for International Governance Innovation (CIGI) Campus, which has garnered several accolades since its inception. In 2012, the CIGI Campus was honoured with an architectural excellence award from the Royal Institute for British Architects. The campus was also declared the 2012 Project of the Year by Canadian Interiors’ Best of Canada Design Competition, was shortlisted at the World Architecture Festival in 2012 and it also won the OAA’s Design Excellence Award in 2013! Our brief was simple and very open: showcase the landscaped courtyard, the campus’ central focus point, and its users.

“The BSIA offers a contemporary interpretation of a traditional academic quad building, and is centred around a generous landscaped courtyard complete with a stone bell tower. Located adjacent to the CIGI building , which occupies the former Seagram Museum and historic 19th century barrel warehouse, it includes an auditorium wing pavilion. This highly transparent pavilion bridges between the 19th century barrel warehouse which acts/functions as the entrance to the CIGI building, and the masonry clad bar buildings that form the courtyard of the new school. The roof of the auditorium dramatically cantilevers toward Erb Street, and demarcates the entry to the academic complex.  […] One of the key challenges was to realize the vision of Jim Balsillie, the patron, to have a vibrant sanctuary. To that end the design of the new school encourages a high level of social interaction and mixing between faculty and students by including a variety of lounge, study and seating areas throughout the building, including a ground floor café on the court, and fireplace lounges in large glazed bays on the upper levels.” 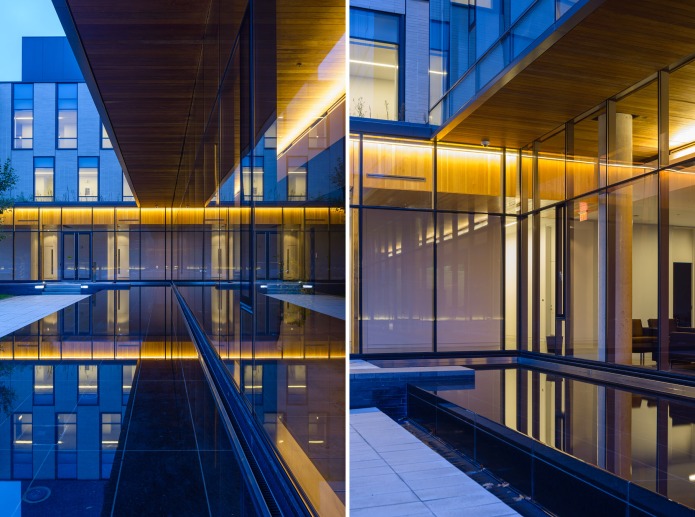 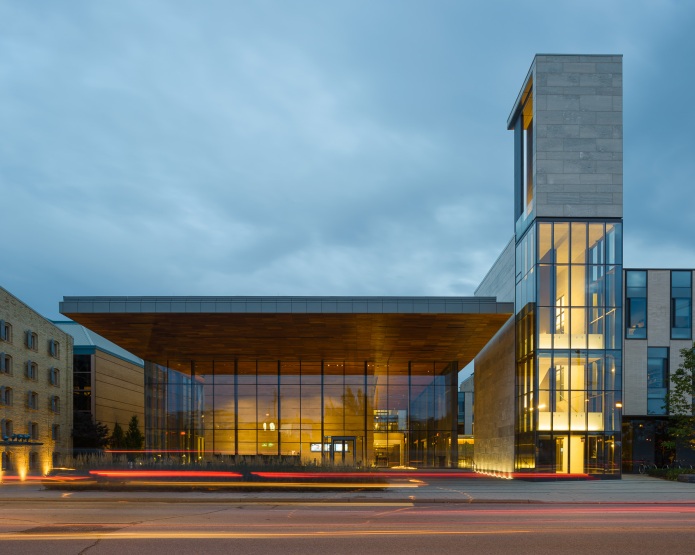 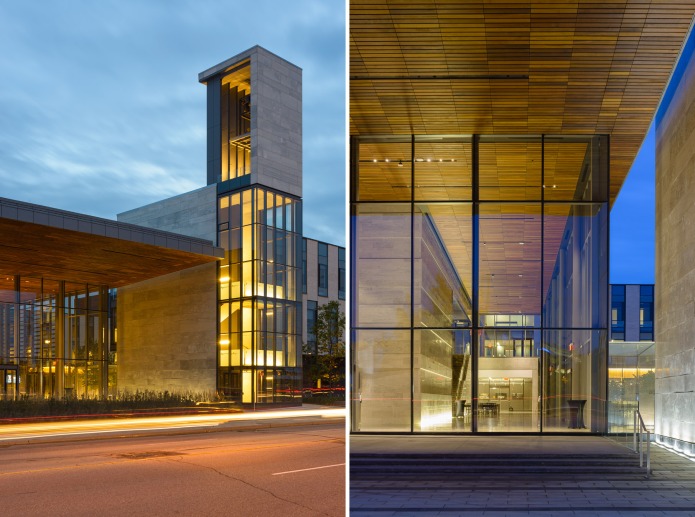 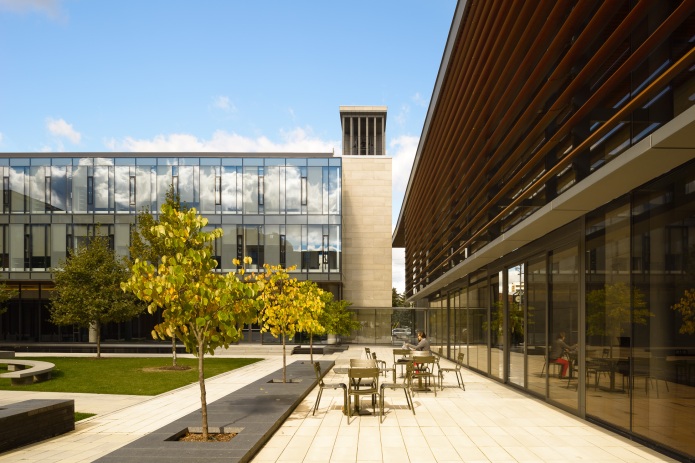 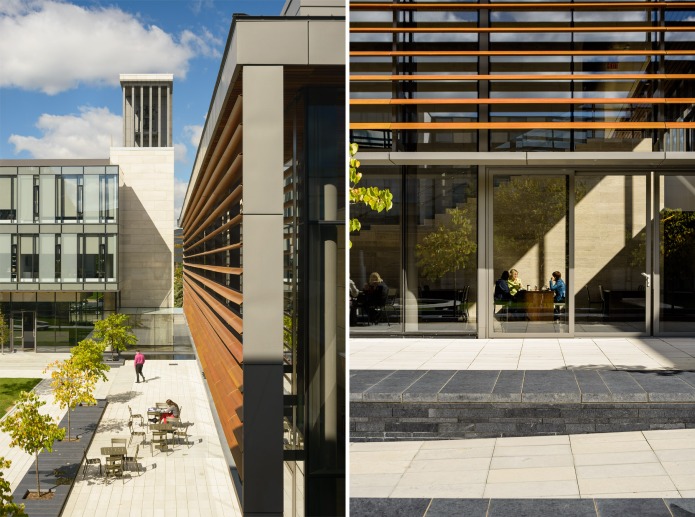 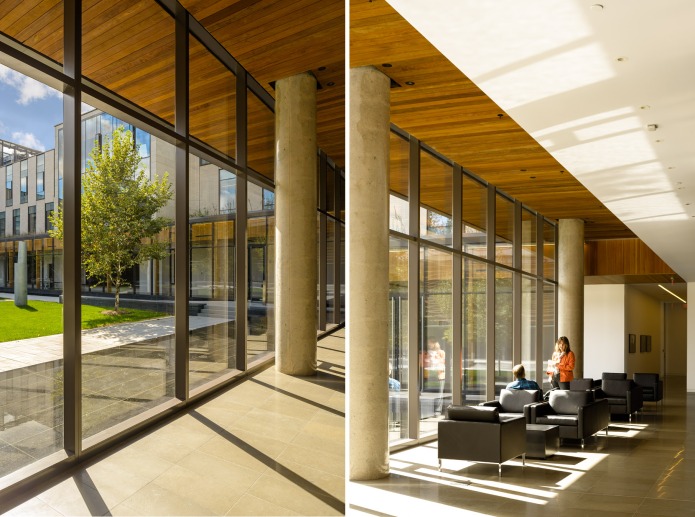 You can see more photographs from this shoot in our featured projects gallery.