GRC Architects commissioned us to photograph the latest addition to the City of Ottawa recreation centres and pools.

Located at 2263 Portobello Boulevard in Ottawa’s east end, this new state-of-the art facility is named in honour François Dupuis one of Orléans earliest settlers, and who also helped establish the area’s first Catholic Church in 1860. This $18 million facility has been built to LEED Silver standards and is also the first pool facility in the City of Ottawa to use the Myrtha modular wall technology, known for its reduced carbon footprint. Spearheading the design and construction of the new centre was GRC Architects, MHPM Project Management and Laurin Construction. The new centre boasts a fully accessible 25m six-lane pool and 17.5m leisure pool, sauna, community meeting rooms, and a fitness and cardio centre. One of the stunning focal points inside the facility is the impressive public artwork commissioned by the City titled Water by Jennifer Stead. 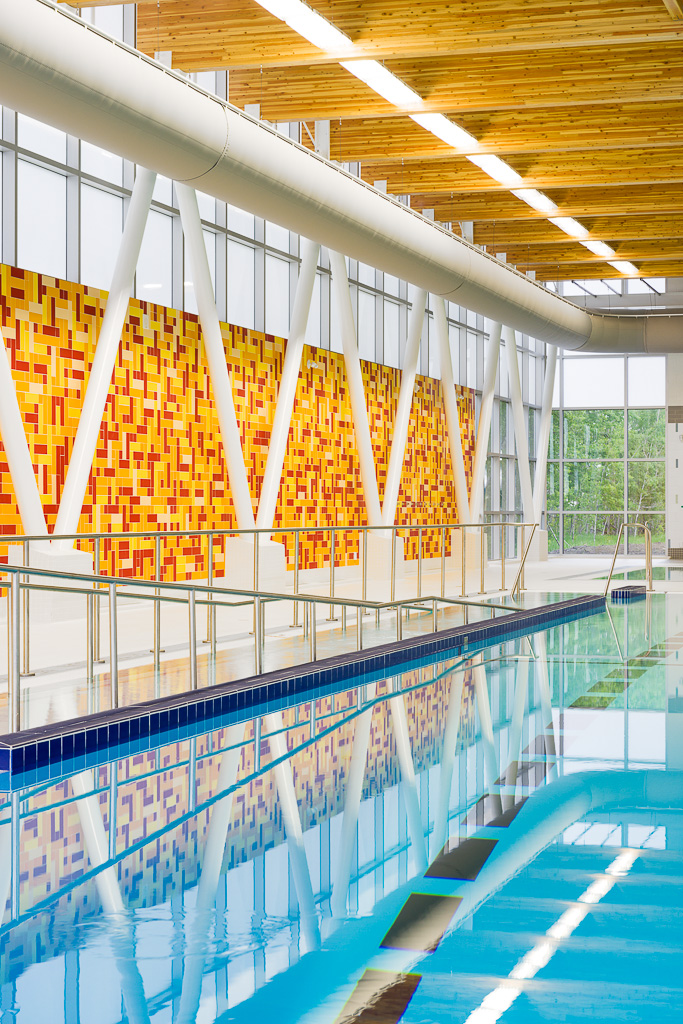 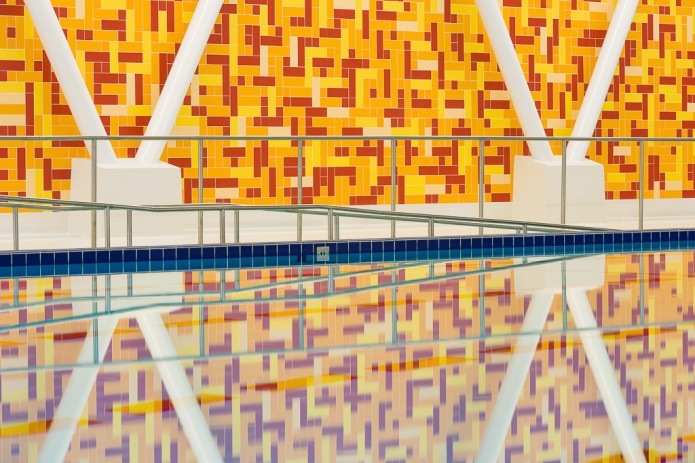 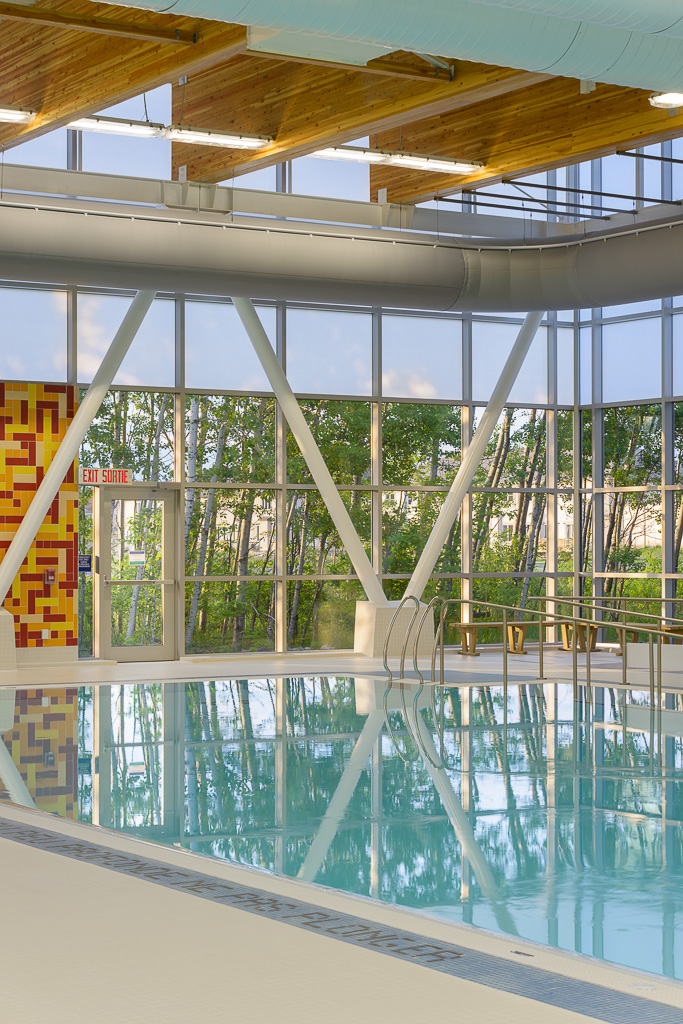